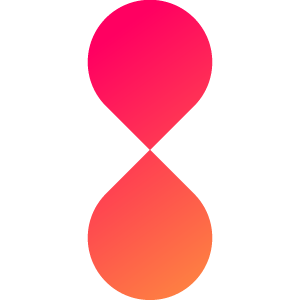 Options to mitigate the challenges of index cessation fallbacks and conversion

We came to learn a great deal about benchmark reform over the first few months of 2021. In what was always going to be a defining year, there is now greater clarity over index cessation, the derivatives fallbacks, as well as the conversion mechanisms being proposed by central counterparties (CCPs) for the impacted trades they clear.

All in all, we can consider the impact of index cessation across the landscape for over-the-counter (OTC) derivatives as presented in figure 1. 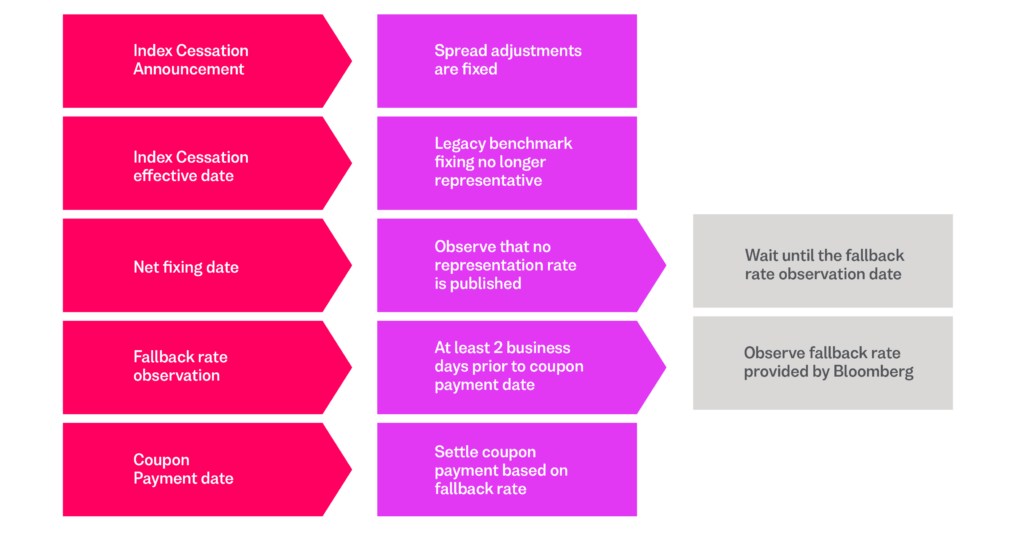 Since March 5, 2021, the spread between the legacy ICE LIBOR fixing and the compounded in-arrears alternative risk-free rate (RFR) has been determined under the process defined by the International Swaps and Derivatives Association (ISDA) 2020 IBOR fallbacks protocol. This spread represents the rate that will be added to a compounded in-arrears calculation of the alternative RFR in order to act as the fallback rate for an ICE LIBOR fixing that is either deemed no longer representative or is not published on a given fixing observation date.

With the fallback spread adjustments now being fixed and published, it removes one source of uncertainty around the cessation. The triggering of the fallbacks has provided market participants with greater legal certainty in relation to outstanding ICE LIBOR transactions. The industry’s focus can now shift to implementing the fallbacks protocol for legacy transactions executed on the ICE LIBOR benchmarks, as well as the associated supplemental fallback language for new swap transactions on the benchmarks.

It is now apparent the complexities of maintaining a portfolio of trades on legacy benchmarks and building processes around the fallbacks present numerous challenges to market participants:

This is where a firm must consider all of its options. Already mentioned is how the fallbacks protocol and the associated supplement have provided legal certainty over the continued performance on contracts featuring legacy benchmarks. Firms are now able to consider how they can achieve an outcome that is economically equivalent to the fallbacks, but without having to maintain potentially cumbersome fallback processes. Fallback language can be viewed as a necessary safety net, but it shouldn’t provide motivation to run legacy benchmark exposure through to a trade’s maturity. This may place a burden on booking and risk systems, as well as potentially the cost of hedging activities.

By using OSTTRA triReduce’s benchmark conversion mechanism, firms can proactively and iteratively reduce their legacy benchmark exposures and convert them to their chosen alternative benchmarks. Market participants can establish control over the conversion:

Collectively, these should provide tremendous assistance, affording participants the ability to take back some control over benchmark reform. It also means that there is a method of conversion for all OTC swap market participants.

Much of any remaining non-cleared portfolio consists of trades that are simply not eligible for clearing. These are interest rate derivatives with optionality, swaps that are too illiquid for a CCP to consider as eligible, or cross-currency swaps, which – for the most part – are not clearing-eligible. Adding to that, a portion of swaps that are clearing-eligible would, in theory, generate additional cost and/or risk imbalances that make the act undesirable. For such trades, it is likely that tailored solutions will be necessary for bilateral counterparts or groups of counterparties to be able to agree on a method for exposure reduction or conversion.

There are portfolio-based and trade-level conversion options available for non-cleared trades. At a portfolio level, the objective would be to compress as much legacy benchmark exposure as possible, while simultaneously converting interest rate exposure to alternative benchmarks to achieve greater degrees of legacy benchmark exposure reduction, such as the process for cleared trades. The key difference here is that the choice of replacement trade can be influenced by the participants in the exercise. For instance, it may be preferable to introduce additional cleared risk- compensating swaps to minimize the residual cash that might be generated. Likewise, participants may consider introducing a spread onto the floating leg benchmark to account for differences between the legacy and the chosen replacement benchmarks.

Adding a spread also underlies how a trade-level conversion might be performed because firms that are likely to prefer this method are also likely to favor cashflow preservation. Performing the conversion at a trade level calls for amending as few parameters of a transaction as possible, relating mostly to the legacy benchmark floating leg(s). Firms will be looking at how the cashflow profile might be impacted by the conversion through the introduction of payment lags, as well as the preservation of representative legacy benchmark fixings.

It would seem we are heading towards an unprecedented end to the year as the market readies itself for index cessation and the associated CCP conversion and ISDA fallback implementation. Compression and conversion are themes that will likely surround these milestones and, make no mistake, now is the time for firms to act and take control of their OTC interest rate swap portfolios.